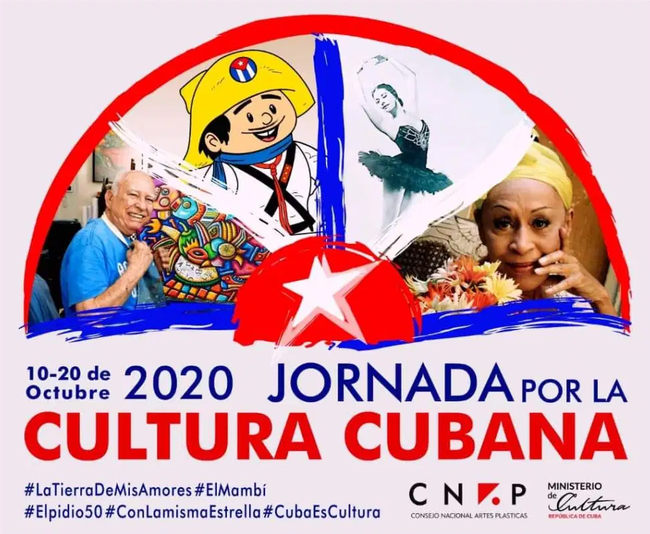 On 20 October each year Cuba celebrates their National Day of Culture ‘Jornada de la Cultura Cubana’. The day marks the anniversary of the first time the National Anthem was sung, near the beginning of the struggle for independence and to end slavery.

Usually there are many live cultural events taking place across the country during the period 10-20 October leading up to the day. This year several icons of Cuba Culture are being celebrated: Alicia Alonso, Elpidio Valdes, Omara Portuondo and Alfredo Sosabravo.

Alicia Alonso was the godmother of Cuban ballet and died 17 October 2019 at the age of 99.

Elpido Valdes is the cartoon character of a ‘Mambi’ war of independence fighter, created 50 years ago by graphic artist Juan Padron, who died earlier this year.

Omara Portuondo, the ‘filin’ singer, star of Buena Vista Social Club, and so much more, has also been nominated for another Latin Grammy this year.

Artist Alfredo Sosabravo, who won the national visual arts award in 1997, is 90 this October and has a retrospective exhibition at the national arts museum in Havana.

How did 20 October became National Day of Culture?

The armed struggle for Cuban independence (from Spain), is said to have begun on October 10, 1868, when the bell at the La Demajagua sugar factory in Manzanillo (eastern Cuba) was rung to call the enslaved workers together to fight for the freedom of Cuba. There, owner Carlos Manuel de Céspedes (1819-1874) announced he was freeing his own slaves and demanding independence for the island and abolition of slavery. Creole landowners, peasants, enslaved people, black artisans, and free black people added their support to this declaration of war against colonialism. 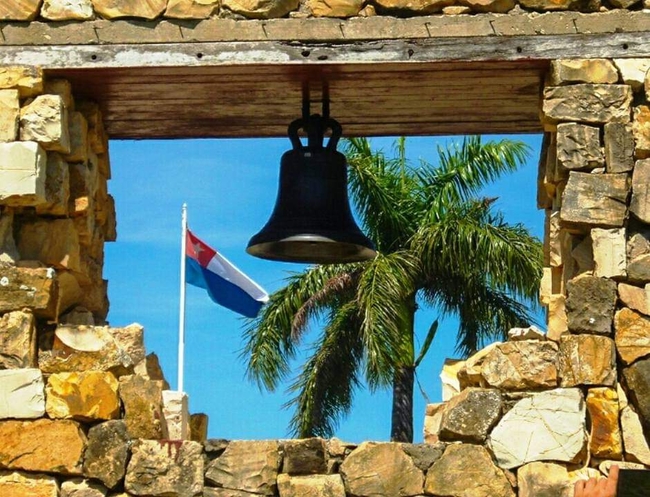 The ruins of La Demajagua sugar factory now form part of the the UNESCO project co-founded in 1994 by Cuba ‘The Slave Route: Resistance, freedom, and patrimony‘ and organized in Cuba by the National Council of Cultural Heritage.

Cuba stopped officially participating in the slave trade in 1867 (having brought in more than half a milllion enslaved people from Africa that century alone) but the institution of slavery was still not abolished on the island until 1886. In Cuba for most of the 19th century the European-descended elite did not form an anti-colonial movement. They worried that such action would encourage the slaves to form their own revolution and disrupt their dependence on slave labour at the plantations. Cuba did not gain independence from Spain until 1898.

Ten days after this call to fight for independence (20 October), the Mambises troops under the command of Céspedes liberated the city of Bayamo. In the midst of this, La Bayamesa (which later became the Cuban National Anthem) was, according to legend, sung for the first time on the cobblestones of the former Plaza de la Iglesia Mayor San Salvador de Bayamo — today known as Hymn Square in honour of the historical moment.

Pedro ‘Perucho’ Figueredo formally composed the music and lyrics for the song some time later. As the story goes, in August 1870 Figueredo was shot dead by Spanish troops, but with his head up, still singing ‘La Bayamesa’. The manuscript of his handwritten song is still preserved. The song became an anthem for freedom and rebellion.

October 10, 1868 is portrayed in history as the dawn of freedom, and October 20 of the same year has been established as the day of Cuban National Culture.