On 30 and 31 March 2012, after six years of fundraising, planning, building, and support form thousands of people in Cuba and Britain, the newly renovated Miramar Theatre in Havana opened it’s doors for the first time.

A spectacular gala performance featured students from all of Havana’s arts schools, and special guests including Elíades Ochoa and his group from Cuba, Lausana Diabatè from Mali, and Cuban violinist based in the UK, Omar Puente.

Read a full report from the Gala opening here 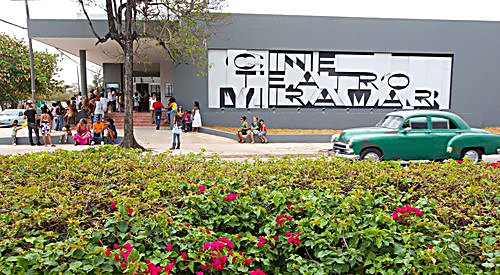 Dedicate a seat plaque in the Miramar theatre here

The restoration of the Miramar Theatre is the charity's biggest and most ambitious project to date.

The theatre renovation was first proposed by Centro Nacional de Escuales de Arte (CNEArt) in 2006, as one of the most important projects for arts education in the country. CNEArt works in collaboration with the Fund to identify appropriate projects for support and stressed the obvious importance of the theatre restoration for local arts students - to provide rehearsal and performance space they just didn't use to have. But the final project was more far-reaching. The theatre acts as a bridge between arts and the community - with students themselves taking art to the local people, through workshops and education projects as well as performance.

The 450-seat Miramar theatre lies at the heart of the Playa district of Havana. Originally built as a, over time the building was used as a cinema and meeting place for local people. Like most buildings in Cuba it had been battered by hurricanes and degraded by humidity. But due to a chronic shortage of funds the theatre never received the regular maintenance required in that climate, and fell into decay. 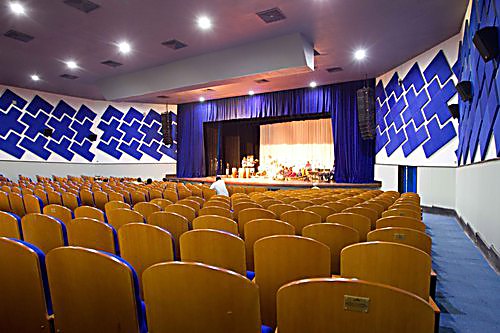 The 3-year restoration programme cost more than £350,000 and fulfilled its aim to reinstate the building as a theatre, education resource and community centre in a district with no facility like it.

If you visit Havana and would like to see the Miramar theatre it can be found on Avenida 5 y Calle 94, Miramar (5th Avenue, and 94th street – on the left side as you leave the city). 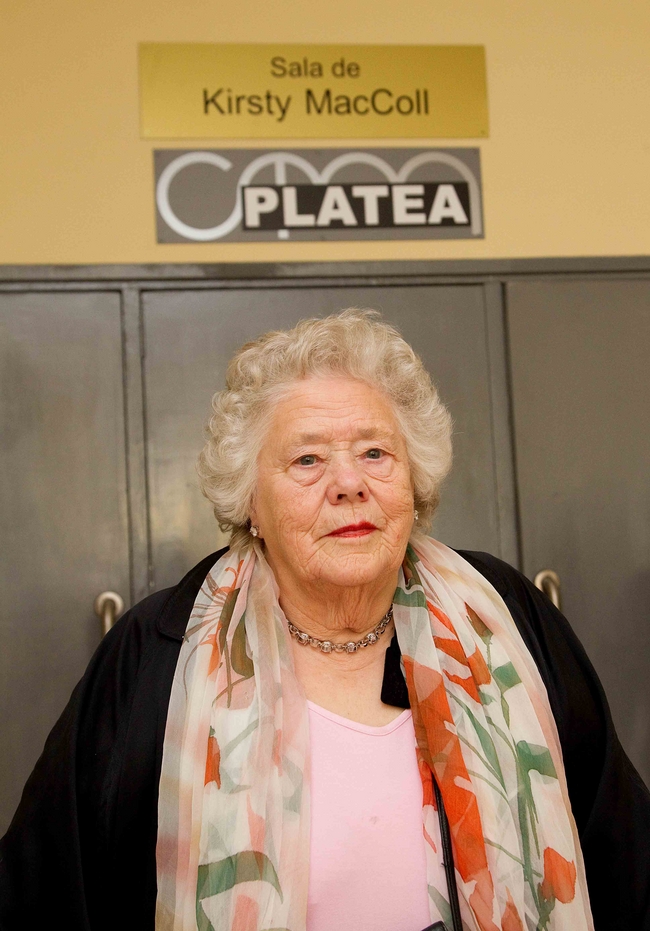 A FITTING TRIBUTE TO KIRSTY MACCOLL

The theatre is a fitting tribute to Kirsty MacColl, in whose memory the MFFC was established. Kirsty was a good friend of Cuba and loved the island, its people and music. The main auditorium is named after her and there is a permanent display in her memory in the foyer. The Miramar is also a permanent testament and reminder of fifty years of friendship and solidarity between the people of Britain and Cuba.

[pictured right: Kirsty's mother Jean MacColl in front of the auditorium named after her daughter at the theatre.