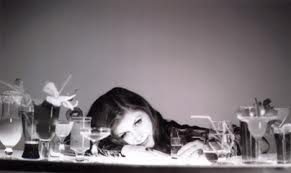 Ten years after her death, Billy Bragg looks at the life of the singer and writer Kirsty MacColl, with much of the programme focussing on her love of Cuban music, the country and its people.

Kirsty was killed in an accident while on a diving holiday with her sons in Mexico. Much has been documented about the circumstances of her death, but in this programme we will focus on her life and legacy.

The programme will feature excerpts from a series Kirsty made for BBC Radio 2 just a month before she died, in which she visited her favourite place in the world - Cuba. We'll hear Kirsty interviewing her musical heroes, musing on the Cuban way of life, learning how to make a daiquiri and watching them roll their famous cigars in the Partagas factory in Havana.

Rob Miller, the director of the Cuba Solidarity Campaign, talks of the work Kirsty had begun to bring musical aid to the Cubans, and Kirsty's mother, Jean Newlove talks of the Music Fund for Cuba, the committee for which she is chairwoman.

Jean talks of Kirsty's upbringing, and we have archive of Kirsty recalling her earlier days. Musical colleagues and friends such as Holly Johnson (Frankie Goes to Hollywood), Janice Long, David Byrne, Johnny Marr (The Smiths), Johnnie Walker, Tom Robinson and Phil Chevron (The Pogues), comment on Kirsty as a singer, songwriter and friend.

Sorry! you need to enable javascript

Listen to the moving tribute to Kirsty here