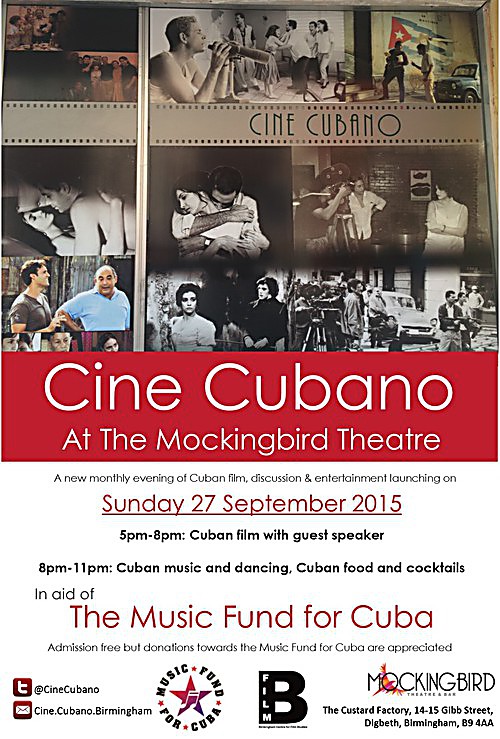 On 27 September, the Mockingbird Theatre in Birmingham will launch the first of a new monthly evening of Cuban film nights, with discussion and entertainment.

In aid of the Music Fund for Cuba.